About the City of Munich

In municipal development cooperation, municipal governments or local non-governmental organisations cooperate in projects in what is commonly referred to as developing and emerging countries. Their objective is to improve opportunities for development there and to confront global challenges together.

Development aid – as it was called in the past – was the exclusive job of the federal government and the federal states up until a few years ago. Today, municipalities are playing an ever greater role in terms of development cooperation. After all, development cannot be ordered from top down and should be, if at all possible, implemented where politics and citizens are closest – in cities and municipalities. What is more, the most pressing development problems, such as pollution, water scarcity and poverty, are more often found in urban areas – due to the fact that today, more than 50 percent of the world population live in agglomerations.

To solve these problems, municipal know-how is key. That is why the growing international commitment of municipalities is now even welcomed and supported by the United Nations (UN) and the European Union (EU) as well as by the German government and the governments of the German federal states.

In order to make a contribution to sustainable development, the City of Munich has become active in development cooperation just like many other municipalities have. Two objectives form the basis of Munich's commitment. On the one hand, improving the living conditions in so-called developing and emerging countries, on the other hand, coming to terms with global challenges. To meet these objectives, the City of Munich supports various projects and cooperates with international and local organisations. 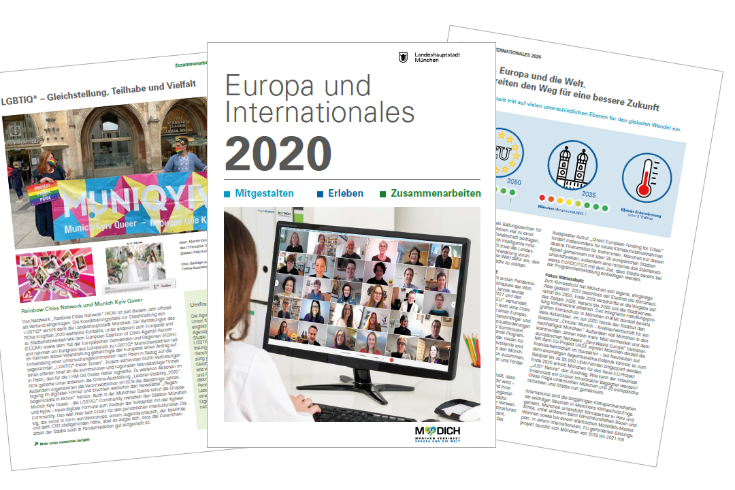 This is a carousel with rotating cards. Use the previous and next buttons to navigate, and Enter to activate cards.

The state capital Munich maintains a partnership with the Asháninka people in Peru to promote local environmental protection and human rights.